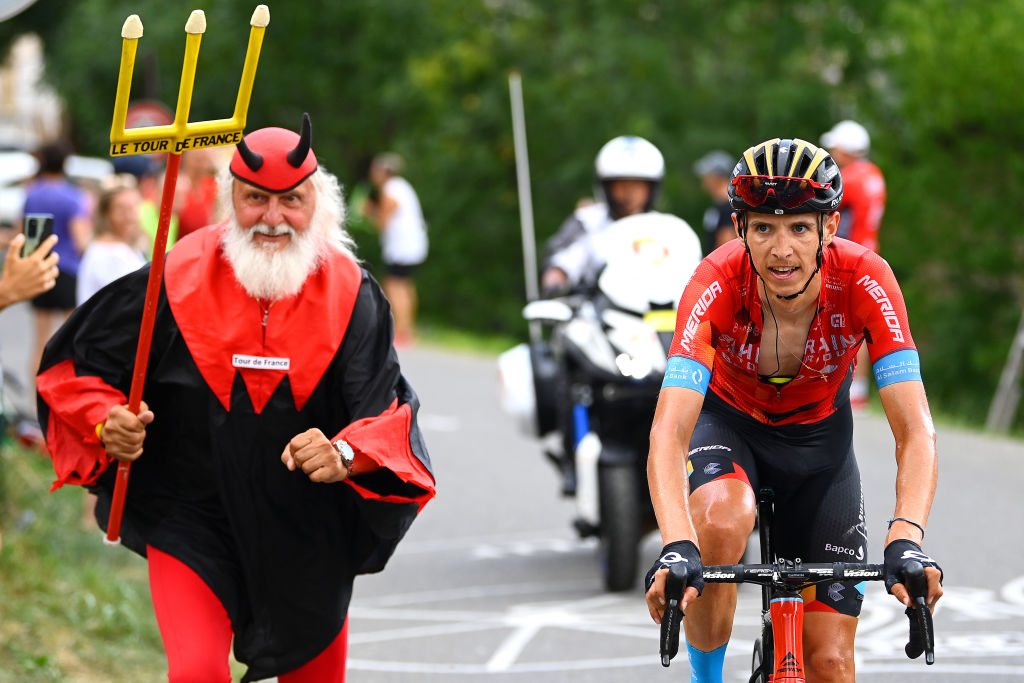 Mid-season transfers are a rarity in pro cycling, but Dylan Teuns is set to make a switch after Bahrain Victorious have agreed to let the Belgian move on this August.

In a statement issued on social media, the team confirmed that Teuns would be moving on after four seasons.

“Thank you Dylan Teuns for an unforgettable four years with us and your amazing victories at the Tour de France and La Flèche Wallonne. We wish you all the best,” read the statement.

“With no races planned for Dylan Teuns following the Tour de France, it has been agreed that Dylan will race for his new team for the remainder of the year to help transition for the upcoming seasons.”

Teuns’ next team has yet to be announced, though Israel-Premier Tech are one team among those linked to his signature.

The 30-year-old is understood to have been dissatisfied with the situation at Bahrain Victorious this season following a series of anti-doping raids in the lead-up to the Tour de France.

At the start of the Tour last month, Teuns gave an emotional interview to Wielerflits (opens in new tab) on the subject.

“It’s not an easy subject to talk about,” he said. “I’ve been working towards this aftere the Classics. I’m also in good shape. It would be a shame to let circumstances take all this away from me.

“It’s very tough and feels unfair. After my victory in La Flèche Wallonne, I was the hero of Flanders. Now, I am being killed.”