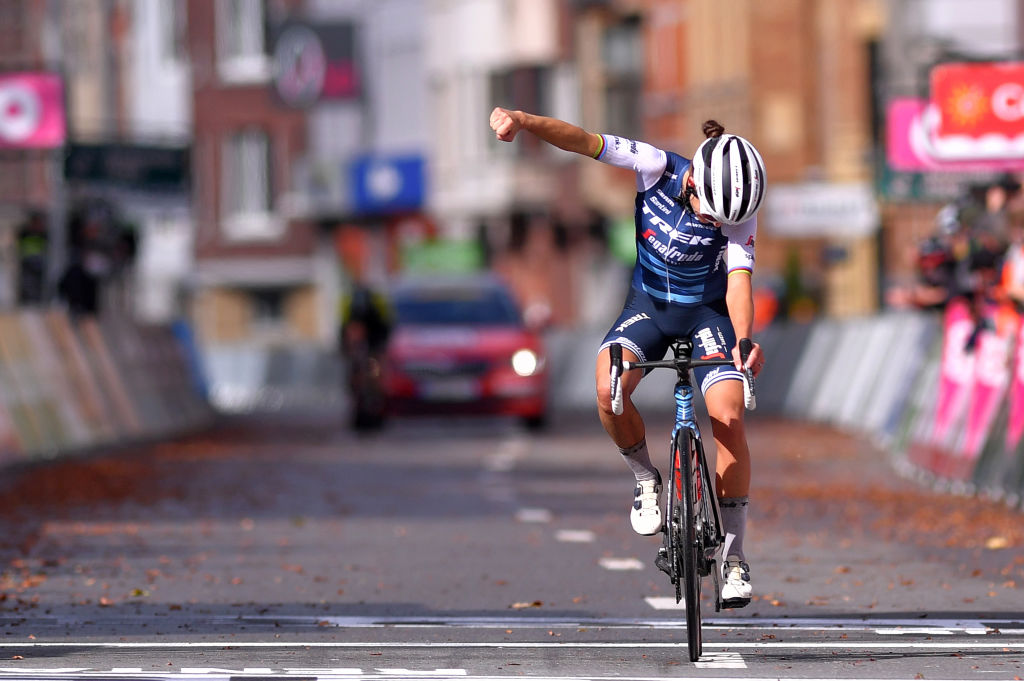 Deignan has not raced since the Tour of Flanders and has endured a difficult start to the 2021 season. She picked up an illness around the time of Opening Weekend and spent a week off the bike as a result. The 32-year-old returned for Trofeo Alfredo Binda, where she finished 12th and then backed that up with 17th in Gent-Wevelgem but the time away from the bike and her health setbacks have stopped her from finding her best condition.

Despite not racing either Amstel Gold Race or La Flèche Wallonne, she was initially down to race Liege-Bastogne-Liege and was set to race as the defending champion after her solo win last autumn. However, she and Trek Segafredo have decided to leave her out of the six-rider roster with van Anrooij coming in as a last-minute replacement.

“Lizzie was sick last week (not COVID) so she isn’t at 100 per cent going into these tough races. It doesn’t make sense for her to race until she’s in top condition,” a spokesperson for the team told Cyclingnews.

The loss of Deignan will be a blow to the American team but they will rally around Lucinda Brand, Elisa Longo Borghini, and Ruth Winder.

The American rider finished seventh in La Flèche Wallonne despite attacking well before the final climb. She also took a superb win in Brabantse Pijl earlier this month after an incredibly close sprint and has found her form perfectly in time for the Ardennes.

Longo Borghini has been the team’s standout rider this year with a win in Trofeo Alfredo Binda, second in Strade Bianche, and top ten places in the Tour of Flanders, Amstel Gold Race and La Flèche Wallonne, where she finished third on Wednesday.