Curtis White: I have nothing to lose at US cyclo-cross nationals 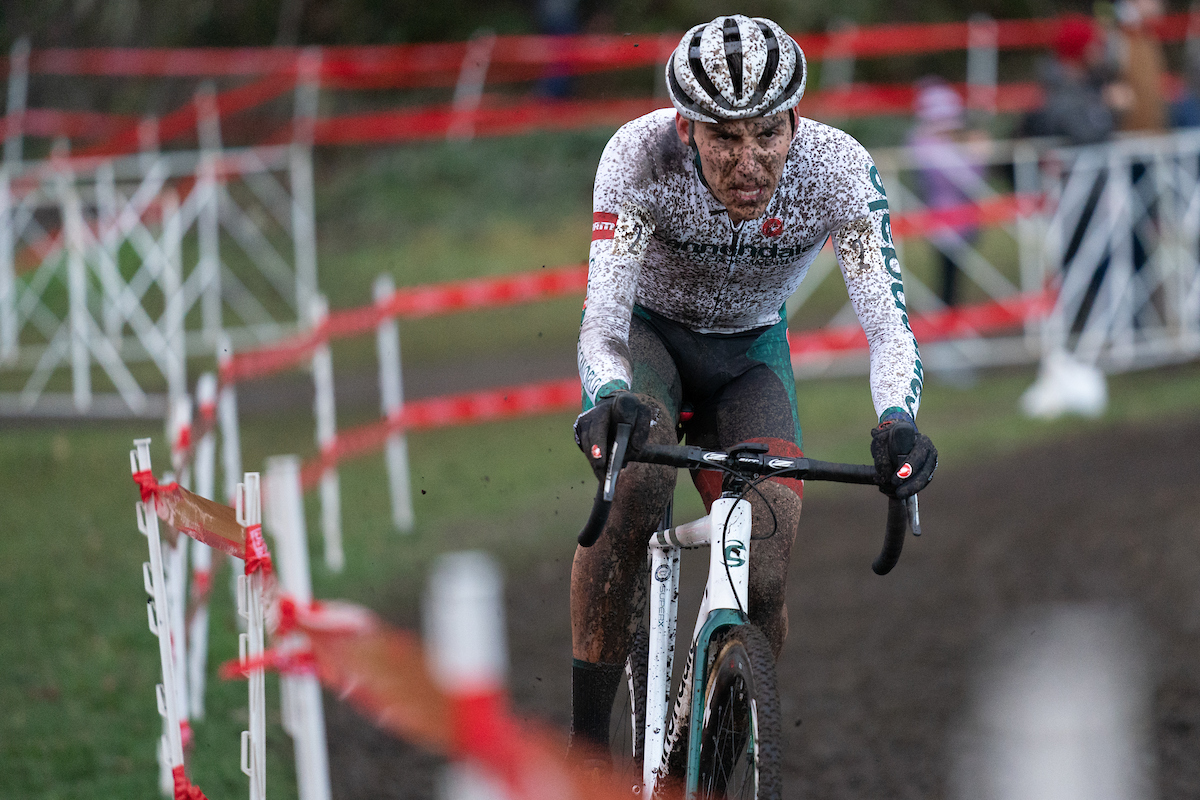 Curtis White (Cannondale-Cyclocrossworld) admitted he has come close too many times to seizing the trophy and tributes that come with winning a race at the USA Cycling Cylco-cross National Championships. In nine consecutive trips to ‘cross nationals to compete in junior, Under-23 and elite races, he has never finished lower than sixth place.

The last two years in the elite men’s field, White was second across the finish line. Both of those races were in the mud in December – Tacoma, Washington in 2019 and Louisville, Kentucky in 2018 – and in both editions White was never more than 27 seconds off the winning pace.

The New York native is now a veteran at 30 years old and has a fresh outlook at a 10th championship appearance, a trip where he says he has nothing to lose.

“I’m feeling more confident and relaxed than any other year coming into Nationals,” White told Cyclingnews as he packed his suitcase on Thursday just hours before flying from his home to Chicago then a short drive to Wheaton.

“It’s a very special race, and it’s one day of the year. A lot has to go right for that effort, but I’ve come close many times. And I feel I have nothing to lose.

“I’ve prepared as much as I can, so I’m coming in with peace of mind and peace in knowing that I have prepared the best that I can. I’m just looking forward to it.”

A contender at any race and in any conditions, White has had four wins this season, a pair of those at Northampton, and was fourth or better in seven other races, including a silver medal at Pan-Ams. It was his third silver at that competition, to go along with three wins, the last title in 2018.

He has had 17 race starts this year, almost half the starts as the 2019 season when racing was in full swing prior to the pandemic, but the compact season is the same for everyone.

“With this year rebounding from the pandemic, we had fewer races available. Everyone’s in the same boat,” he argued. “We didn’t have any overlapping weekends, so more or less, everyone showed up to every race weekend that we had, with a few exceptions. So it was exciting to have everyone coming together nearly every weekend, and that just meant the level of the races were higher every week.

“I like the flow of this season. I chose to stay domestic to cut down on the travel and spend more time at home, and be able to train especially through the month of November. I’ve been very happy with that training and that preparation and my time at home. I feel like it’s going to serve me well coming into this weekend and into my upcoming European campaign as well.”

Packing for more than a month away from home, a stint in Europe with his Cannondale-Cyclocrossworld teammates Clara Honsinger and Katie Clouse right after Nationals, was “a little chaotic” according to White, but he was completely organised in his assessment of his competition.

“From what I see on the men’s side, we have four contenders, including myself, that are capable of performing at a high level and winning this race. So it’s going to make for an exciting race, with the level very high this year. And there’s really no one to underestimate. I think it’s going to be a very dynamic race,” he told Cyclingnews.

“Eric Brunner, he has shown himself over the last month and a half to be on good form. He had a very strong ride at Pan-Ams taking the win there. I was happy with how I raced. Of course I’m disappointed to not win a race like that but, given the circumstances, he was on a good day and there wasn’t much I could do.

“And then Stephen Hyde has been very quiet over the last couple of months. He has three championships to his name and he’s a very driven and calculated athlete, and I think he knows what it takes to show up for one day, so I wouldn’t count him for animating the race.”

The only unknown at this point was the new course in Wheaton, Illinois, which rolls across several holes of a golf course and near a display of U.S. military tanks.

“I think there have been a lot of question marks [on the course]. I’ve seen the course pre-ride videos and over the last month or so I’ve had some information from people on the ground. Now that events are being held [non-championship races this week] and with the pre-ride videos, we can see that there’s a lot of hard pedalling sections, there’s some rolling undulation, and it’s bumpy,” White assessed.

“I’m not overthinking it, I know how to race a cyclo-cross course, I’ve done a couple, so I trust my abilities to roll with the punches and make good decisions once I’m out there.

“The beautiful part about ‘cross is that you have to be ready for any conditions. That’s how we train, how we view the running, we do the strength and conditioning, we do the stability, all these different zones we are training on the bike, and making sure we are sharp and explosive enough for whatever is thrown at us. I just trust my abilities to handle my bike well and be on my best form and ride a technically good race.”

The men’s elite championship bout is the final race for the week at Wheaton’s Cantigny Park, at 2:15 p.m. (CDT) Sunday. All races Friday to Sunday will be broadcast by FloSports.

A Guide to Workout Entertainment: How to Keep Yourself Motivated on the Indoor Trainer

Marianne Vos aces the last test before the World Champs