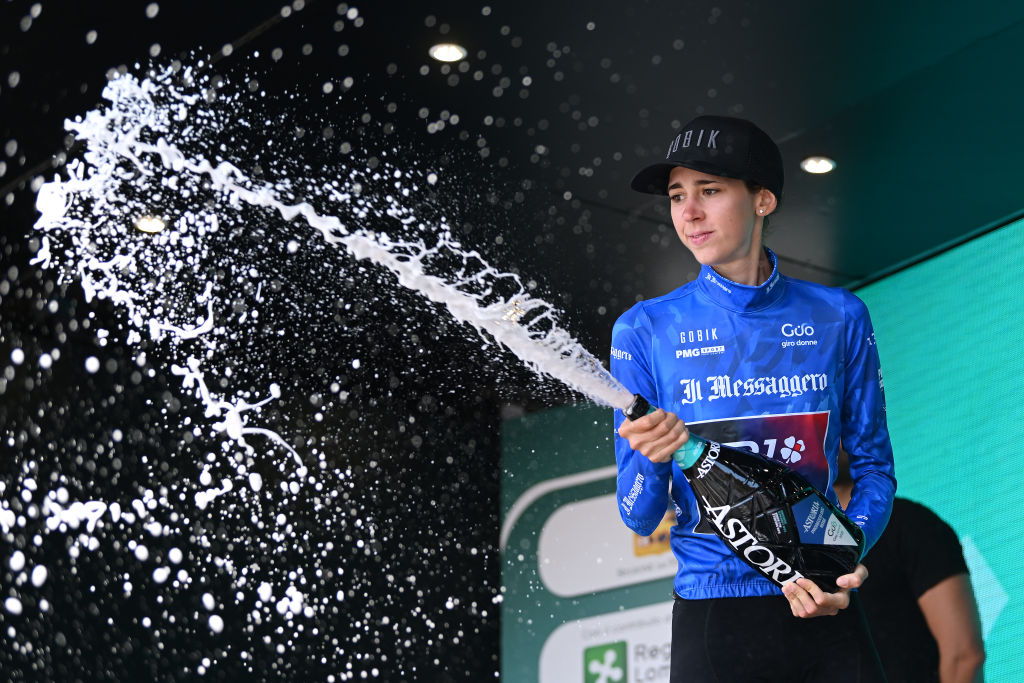 Marta Cavalli has signed a two-year contract extension that will see her racing with FDJ-SUEZ-Futuroscope through the end of 2024.

The Italian had her best season to date, winning Amstel Gold Race and Flèche Wallonne while also finishing second overall at the Giro d’Italia Donne. She brings new confidence and ambition into the next chapter of her career with the French outfit.

“I am very happy to have reached an agreement with the team for the next two years. Indeed, in this team, I have found a way to work hard and improve, which suits me. They hired me a few years ago and the relationship was strong from the start. We worked together to achieve our goals and we have the same desire to keep moving forward hand in hand,” Cavalli said.

“I am really ambitious and the team FDJ-SUEZ-Futuroscope is ready to support me as a rider and a woman. Thanks to Stephen [Delcourt] and the whole team for believing in me. Thanks also to Fiamme Oro – Polizia di Stato for trusting the FDJ-SUEZ-Futuroscope.”

Although she had promising results last year, this season saw her break out with victories at two of the three Ardennes Classics. She also finished second to Annemiek van Vleuten at the Giro d’Italia Donne, third overall at Setmana Valenciana-Volta Comunitat Valenciana Fémines, another win at Mont Ventoux Dénivelé Challenges, and fifth at Paris-Roubaix.

“We are very proud to commit to the future with Marta, it is a strong sign of confidence from Marta for the future. Marta gained momentum in her first season, this second season was exceptional, with her victory in the two monuments of Amstel and La Flèche, her second place in the general classification of the Giro,” said FDJ-SUEZ-Futuroscope manager Stephen Delcourt.

“As we know, Marta has all the keys to becoming the best climber in the world and winning a Grand Tour fairly quickly. Now with this proof of confidence on our side, we will work very hard to support her at the same level as her talent and allow her to realize her dreams.”

This season Cavalli and Cecilie Uttrup Ludwig went into many races as co-leaders, along with Grace Brown. At the Tour de France Femmes, Cavalli was forced to abandon after a horrific crash on stage 2 into Provins, where she sustained head and lower body trauma. Uttrupt Ludwig went on to secure an emotional victory the following day on stage 3 into Épernay and finished 10th overall.

After a lengthy recovery, Cavalli returned to racing in October at Giro dell’Emilia, Tre Valli Varesine and Tour de Romandie.

Delcourt believes that Cavalli and Uttrup Ludwig can, once again, co-lead the team during the 2023 season.

“We have a very strong collective at her side with a co-leader in the nobody from Cecilie who can allow her to have a real competitive advantage over the other teams,” he said.