Bob Jungels: In the past I’ve made the mistake of doing too much 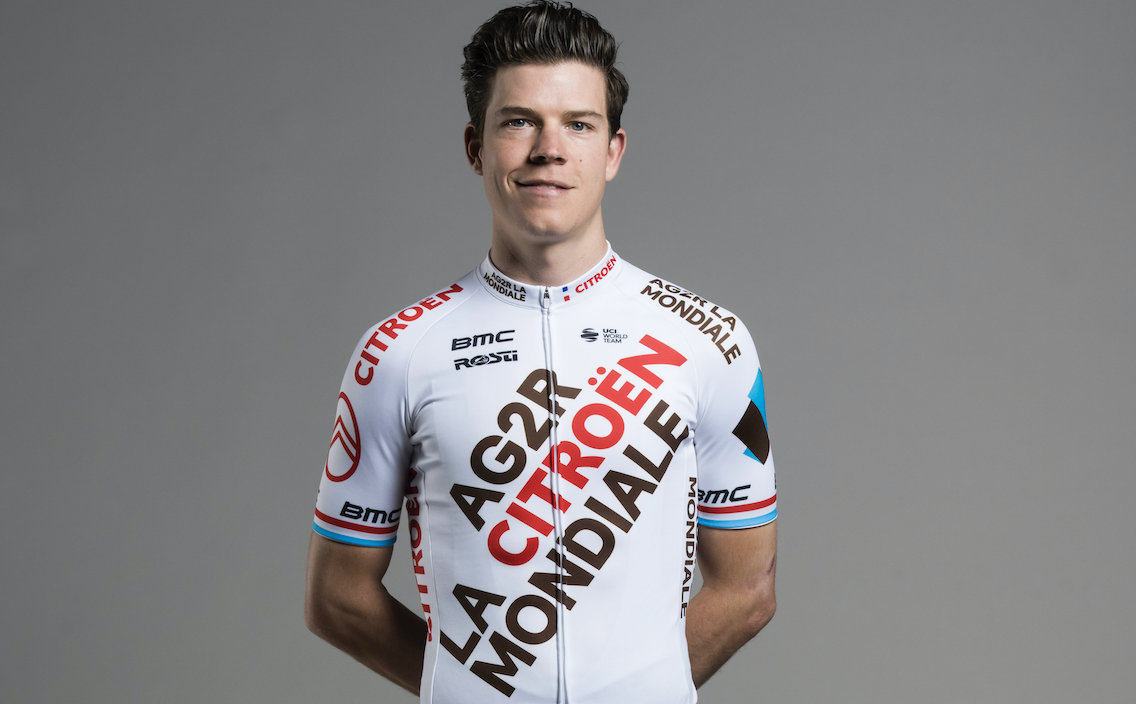 Bob Jungels (AG2R Citroën Team) will switch his focus to week-long stage races and the Ardennes Classics this year as he takes on a more focused race calendar after admitting that in the past he had stretched himself to thin and across too many race formats.

Jungels moved to AG2R Citroën Team after five years at QuickStep and gained success at Liège-Bastogne-Liège, Kuurne-Brussels-Kuurne, and sixth overall in the Giro d’Italia. However, his raw ability and willingness to tackle so many formats of racing often proved problematic when up against specialists in certain disciplines.

“The combination of the stage races and the Ardennes is probably more logical than one that has the Flemish Classics. I’ve made the mistake of trying to do too much in the past with doing the Classics and then going to the Giro,” he told the media from the AG2R training camp in Spain.

“That was too much and I think that from a planning point of view it makes sense to have something solid and with not too much racing. The Tour of Flanders and Roubaix are races I’d love to compete in again one day and even this year after Catalunya if the team needs someone for the Tour of Flanders I’ll be happy to help.”

Jungels will kick off his season in Spain this year, and then target Paris-Nice before focusing on the Ardennes as his teammates Greg Van Avermaet and Oliver Naesen take on the cobbled Classics. The week-long format should suit Jungels perfectly, as the 28-year-old can compete in the time trials and then has the class to put together back-to-back performances in the mountains. His consistency in the past has seen him finish third in Tirreno Adriatico, and pick up top 10s in races such as the Volta ao Algarve and Paris-Nice.

“I’ll start with Ruta del Sol and then I have an option to Faun-Ardèche Classic, which will depend on my shape after Ruta. Then I have my first bigger goal of the season, which will be Paris-Nice. Then I’ll go to the Ardennes Classics. I’ll then either go to the Tour de Suisse or the Dauphiné, before doing the Tour de France,” he said.

His role at the Tour de France will be built on supporting the team and targeting stage wins but he believes that his switch to AG2R will offer him far more opportunities to shine. The former Liège winner also hopes to foster some of the Wolfpack mentality and spirit at his new team.

“First of all, I was looking for the opportunity to be a leader in certain races. That was really important for me as my ambitions are always quite high. Having talked to Vincent Lavenu, he gave me that opportunity to take that role of being the leader maybe for the Ardennes,” Jungels said.

“I feel more like a leader. Romain Bardet and Pierre Latour were two of the leaders for the last couple of years and they left. They were looking for someone to come in and I’m more than happy to take that role. I’m working with a lot of young, talented riders and we’re creating a group in the team, and I don’t want to say the Wolfpack but there’s a strong possibility to create something like that within this team as well. I definitely feel more like a leader here as they’re fewer riders, at the moment at least, who have won the same races that I’ve won. I’ll try and fulfill that role.

“I don’t really have the Tour de France GC in my mind at the moment. I want to focus on the one-week stage races and really try to prepare for those, so races like Paris-Nice, Tour de Suisse, and the Dauphiné. For Grand Tours, they’re always on my mind because I like the way of preparing for them but on the other hand, right now I’m not one of the best climbers in the world, and to do GC in a Grand Tour that’s what you need to be. For the moment that’s not where I’m at but it’s always possible to be up there in the first week and see how it goes. For now, the focus for me is on stages in the Tour.”

6 riders to watch at Paris-Nice