Bennett sprints to victory on stage 1 of the Volta ao Algarve: Daily News

As we crossed over the midpoint of the week, the Volta ao Algarve got underway in Portugal and some big names talked about their expectations for the upcoming Giro d’Italia, among other news items.

Read on for the latest from the world of cycling.

Sam Bennett kicked off the rescheduled Volta ao Algarve with his sixth victory of the season on Wednesday.

The 189.5 km stage from Lagos to Portimão came down to a bunch kick despite a tricky run-in to the line. Although two Deceuninck-QuickStep riders were among those that hit the deck in a late crash, Deceuninck-QuickStep led the way into the last few hundred meters to set Bennett up.

Bennett followed his lead out until only a hundred meters remained, and then he launched his sprint. A few moments later, he nabbed the clear win at the line ahead of Danny van Poppel and Jon Aberasturi. 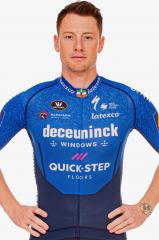 Evenepoel ahead of the Giro: ‘I do not know how the body will react’

Remco Evenepoel is about to make his first race start since August as the Giro d’Italia gets underway on Saturday. After spending months recovering from the injuries he suffered in a crash at Il Lombardia and then working his way into form for this season, Evenepoel said on Wednesday that he was not sure what to expect at the Giro.

“I don’t know how the body will react. I mean, I have no pressure,” Evenepoel said. “The main goal of this season is the Olympics and I always said that the Giro will be part of the road to Tokyo.”

Bernal ahead of the Giro: ‘Everything will depend on how my back responds’

In other news of Giro contenders who are uncertain about what to expect from the race, Egan Bernal emphasized on Wednesday that his performance in the Italian Grand Tour will come down to how his back is feeling. The 24-year-old Colombian has been dealing with lingering back issues since last season.

“Everything will depend on how my back responds. If everything is okay, then I will focus on the overall classification and the fight for the maglia rosa in Milan,” Bernal said, according to La Gazzetta dello Sport. “We will see day-by-day because I haven’t raced for two months. It’s useless to make false promises.”

Ayesha McGowan announced the names of nine riders who will receive mini-grants towards racing at the upcoming Tour of America’s Dairyland, which will run from June 17 to 22.

In case you missed it …

GET THE DAILY NEWS DIGEST DELIVERED TO YOUR INBOX!

Enter your email address to have the Daily News Digest delivered directly to your inbox and receive instant access to comment on any article on CyclingTips.com

Tadej Pogacar: A life-changing moment captured in a photograph

Evenepoel: It’s time to take back the title from Alpecin-Fenix