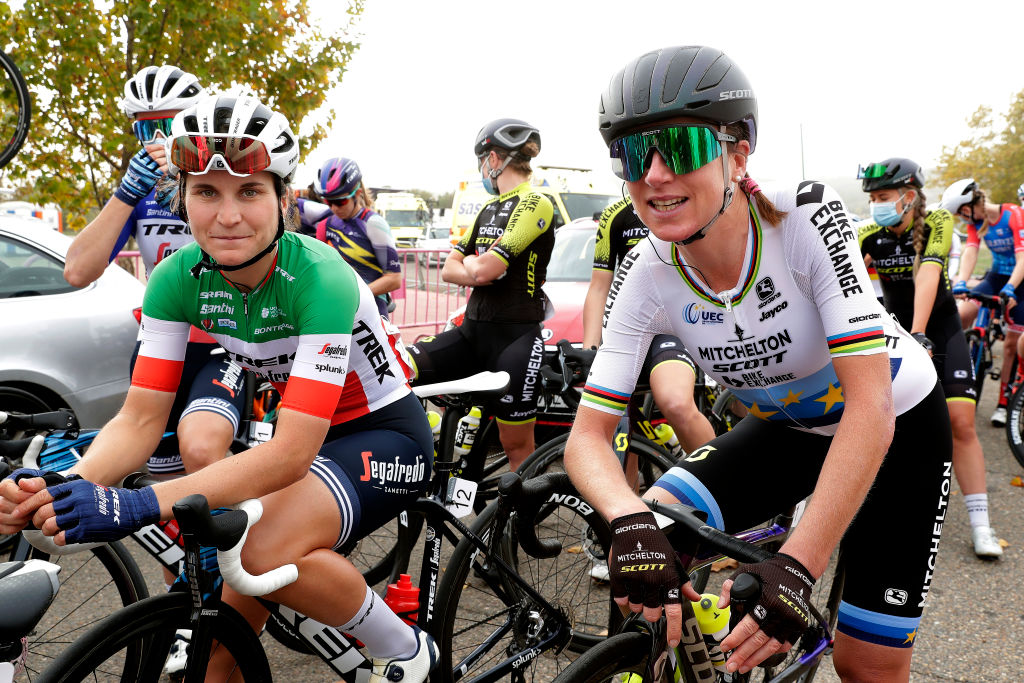 Annemiek van Vleuten has said she declined a contract offer from Trek-Segafredo in order to keep women’s cycling more interesting.

The former three-time world champion praised the American WorldTeam for being one of the best in the world, but opted to sign with Movistar Team Women because it was a better fit and a place where she could be a part of the team’s development.

“They have so much talent already, that they wouldn’t be happy if I joined the team. With such an awesome squad [Trek-Segafredo] wouldn’t need me,” Van Veuten said in a feature published El Peloton on Saturday.

“I would’ve really loved to be part of the Trek team, because they have an amazing philosophy, as well as the equality they have achieved between the men’s and the women’s team. If they didn’t have such a strong roster already I would have signed immediately because then it would be also a challenge, but the way they are now it wouldn’t be a challenge anymore.”

Trek-Segafredo were one of the most successful teams of a season that was truncated due to the COVID-19 coronavirus pandemic.

They displayed impeccable tactical performances, particularly when setting up Lizzie Deignan and Elisa Longo Borghini. They won the GP de Plouay, La Course and Liège-Bastogne-Liège, all with Deignan, who went on to win the individual Women’s WorldTour series, while the team took the overall series title.

“When Trek approached me, one of my questions was, ‘What do you expect from me to add to the team? Because your team is already full of stars,’” Van Vleuten said.

This year, she won five consecutive times when racing returned after the COVID-19 pandemic lockdown including the European road race title. She was leading the Giro Rosa but was forced to pull out of the race after breaking her wrist in a crash.

38-year-old Van Vleuten spent five seasons with the Australian outfit Mitchelton-Scott but her contract was up for renewal at the end of this year. She opted to sign a two-year contract with Movistar Team Women, in a sole leadership role and a chance to help develop the team.

The Movistar Team Women have made steady progress in their first two seasons racing in the top-tier of women’s cycling. Acquiring a four-year WorldTeam licence this year shows that the management is committed to developing their women’s programme.

“With Movistar, it also helps that they have young talents,” Van Vleuten said.

“It’s a driving force for me to have young talents around who can develop. It gives me extra energy to be able to help, to be a little part of that development. I see a lot of talented girls in Movistar. For sure I want to perform myself too, but I’m really looking forward to working with a young, talented team as well.”

Cyclocross Diaries: Get Comfortable Being Uncomfortable