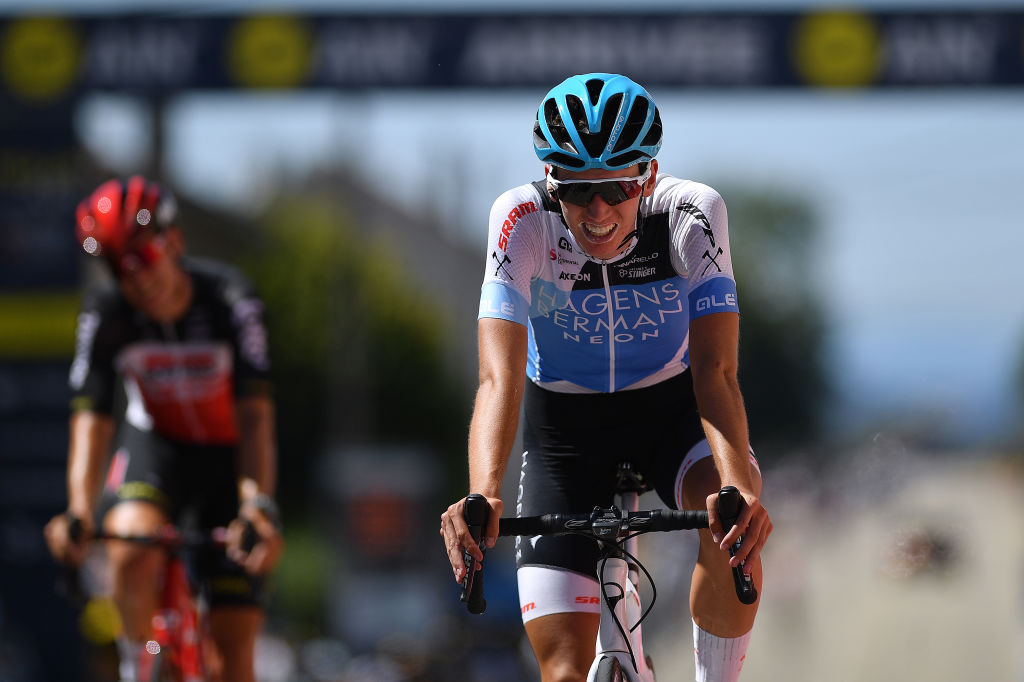 Alpecin-Fenix has tapped the talent pool at Hagens Berman Axeon and added American Edward Anderson to its 2021 roster, according to a report by Wielerflirts. Anderson has been with the US-based team, last year with a Continental licence, since 2017.

Anderson had a solid 2019 season, finishing fourth overall in the best young rider classification at the Amgen Tour of California, then fifth in the same honors at the Larry H. Miller Tour of Utah. He charged to a second-place finish on gravel at the Belgian Waffle Ride in San Diego, California, just 10 seconds behind WorldTour rider Peter Stetina. In the abbreviated 2020 season, he had a top 10 finish in the Giro Ciclistico D’Italia.

The 22-year-old joins a growing list of alumni from the development team managed by Axel Merckx who have graduated to race with bigger organisations, two of the most prominent riders from the 2020 Giro d’Italia being Tao Geoghegan Hart (Ineos Grenadiers), overall winner, and João Almeida (Deceuninck-QuickStep), fourth overall.

On Wednesday, Anderson took to Instagram and wrote: “As 2020 comes to a close, so does my fourth and final year with [Hagens Berman Axeon]. It seems like just yesterday I arrived at my first team camp in Calabasas, CA. I cannot thank all of the riders and staff enough for four incredible years with such a terrific program, and for helping me become the person and bike racer that I am today. I made lifelong friends and shared experiences that I will cherish forever. Thank you [Axel Merckx] for believing in me, and for giving me the opportunity of a lifetime.”

As the top-ranked ProTeam in 2020, Alpecin-Fenix has earned automatic invitations for next year’s WorldTour races, including the three Grand Tours and the five one-day Monuments.

The show must go on: How the Spring Classics are being run in COVID times

How to watch Kuurne-Brussel-Kuurne 2021 – live TV and streaming

Remco Evenepoel: My dream is to be ready for the 2021 Giro d’Italia