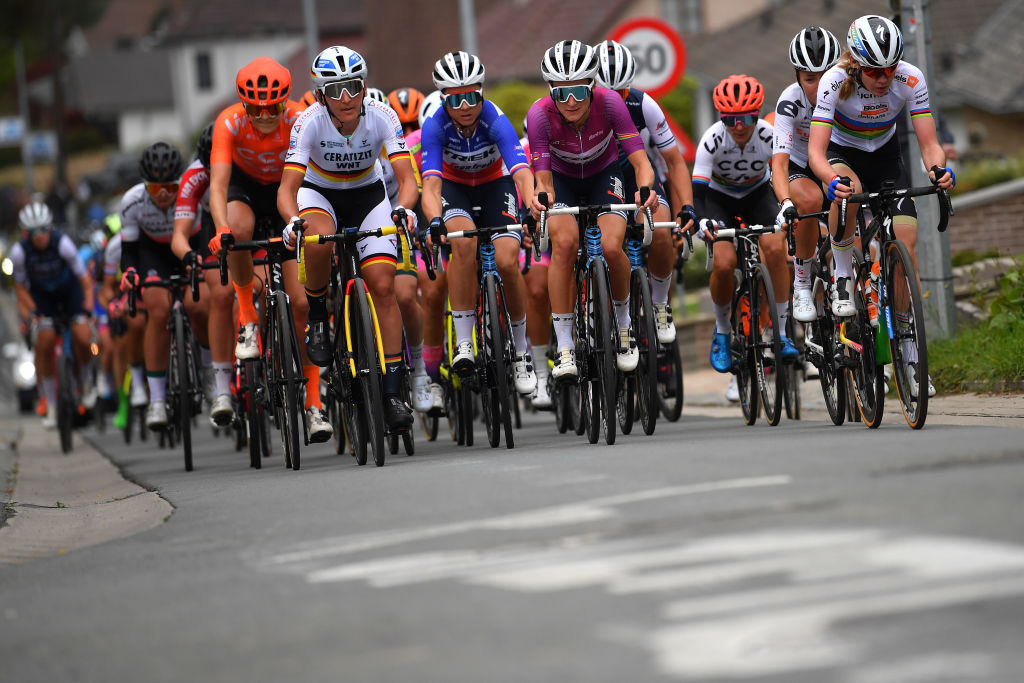 The CPA and the UCI have said they are considering a transition fund for women but given the lack of prize money female riders receive, how would this be feasible?

A transition fund for retiring male riders has existed since 2002. Originally managed by the UCI, the governing body handed it over to the Cyclistes Professionnels Associés (CPA) — who represent riders’ interests to the UCI — in 2012. The structure of the fund relies on collecting 5 per cent of  all prize money from “International Elite races during the season,” the money is then gathered into a pot from which retiring riders who have served five years in a WorldTour or ProConti team are given a share. The fund is “intended primarily to assist in their professional retraining.”

However, in November, Cyclingnews reported that where male riders who retired in 2019 should have been paid €12,500 from the fund, they had — as of November 2020 — only received €3,000. The CPA cited the pandemic, and the fact that 69 riders applied at the end of 2019 whereas — they say — the ideal number of riders claiming their share of the fund in one year is 48. They also pointed to an ongoing problem wherein organisers fail to come forward and pay prizes.

The latter has been an issue since the fund’s inception. From 2002 to 2007 the fund was kept afloat by the UCI transferring 5 per cent of prize money to the pot regardless of whether organisers actually paid. From 2007 until they handed it over to the CPA in 2011 the UCI stopped picking up the shortfall and the fund started to run a deficit, which now sits at more than €2.8 million.

Despite the aforementioned structural issues for the men’s fund, a UCI press release from February 2021 revealed that there are still plans in place to implement a similar transition fund for the women’s peloton. In the press release, the UCI stated that as well as making a €400,000 contribution to the men’s transition fund, they would be making a financial contribution to CPA Women and, “will work closely with the CPA and provide support to the association to meet future structural challenges linked to the fund and to create a fund for women riders.”

Given that it is a widely-documented fact that women’s races offer far less in the way of prize money than men’s, the feasibility of a transition fund for women that would use the same model as the men’s seems unlikely.

“I can’t see how it would work at all,” says recently-retired pro and The Cyclists’ Alliance (TCA) co-founder, Gracie Elvin. “Purely based on the amount of prize money that is in women’s cycling, [which] would suggest that it would be a very small amount.”

She added, “it has to be a decent amount of money to be meaningful otherwise, I think providing support and pathways is more important at this stage.”

For Elvin and her TCA colleagues, the answer to a smooth transition out of the sport lies not in financial support but in a holistic approach to a rider’s future that involves skills and support. To that end, TCA are introducing a rider mentorship programme wherein retiring riders are paired with industry partners — as well as a younger rider at the other end of the career spectrum — to ease their transition and provide them with work opportunities.

“We are aiming to provide real-life pathways for riders out of the sport,” says Elvin, who is piloting the scheme alongside fellow recent retiree, Roos Hogenboom. “Which gives a huge amount of meaning to their transition period, and will hopefully provide a much healthier time period after they’ve retired from sport.”

Women’s cycling needs its own pathway

Alison Jackson of Liv Racing agrees with Elvin. As a Canadian rider who is not an individual member of the CPA, Jackson would not be eligible for any transition fund from the CPA due to the Canadian Federation not forming part of the automatic membership. Even so, she insists that a small amount of money would be inconsequential to her — or any rider’s — transition from the sport, “no, do I need 25 dollars a month? That’s basically what it would come to, like a free lunch. That doesn’t help transition.” Only if there was a real full salary, then maybe it would help you get on your feet a little bit.”

For her, women’s cycling needs its own pathway, “If we just try to take things and copy it from the men, I think that’s absolutely the wrong way to go,” she adds, “there would need to be a huge base already. And they don’t even have enough money to pay for the men’s transition fund right now.”

Whether a women’s transition fund would, in fact, follow the same model as the men’s remains to be seen. A representative of CPA Women told Cyclingnews: “We are in the process of building the possibilities on our end to work towards a transition fund for women. There is still a lack of equity across the board and our main goal is to close that gap.”

Like Elvin and TCA, Jackson also sees the value of career support, “I think more so what we need is ideas, resources, connections, to help make a transition. I think, if we can have more examples of pathways for retired female athletes to reinvest in the sport, that would be super powerful,” she says. “We just need to —  already before you retire — meet with someone that can help you with what your options are. Basically like a career counsellor.”

She also cautions against reducing what little prize money women already receive, “financially, we don’t have so much stability. So any prize money right now is actually super helpful,” she says. “Having that prize money just given to me is more valuable.”

For Elvin and TCA, they hope that providing assistance to women transitioning out of the sport will help the sport itself, “ultimately, we’d love many more retired female riders that are really capable as people and are smart women and leaders to remain in the sport,” she says. “This is just another holistic way of supporting women in cycling and trying to improve the sport as it is, and improve the sport from other aspects, like having women working in the sport as well.”